Skip to content
Get the Book on Amazon | Barnes & Noble

It’s never about the org chart. Your organization should be a visible embodiment of your strategic identity. Don’t just rearrange boxes, re-design to make changes that actually stick.

If they’re not careful, thriving companies can become victims of their own success. That’s exactly the path a frozen food manufacturing business was headed down when a new president was asked to lead the organization. Although he was instructed by the parent company to leave well enough alone—the business unit was returning a healthy profit, after all—it didn’t take long at the helm before the new leader saw trouble on the horizon.

Although the $3 billion business unit was serving a number of diverse market segments, it was operating under only one P&L at the top. In addition, the business appeared to have too many fingers in too many pies. Without a clearly defined strategy, the organization had grown by trying to be everything to everybody and by pursuing every idea and opportunity.

Then, there was the culture. The former CEO had adopted a militaristic approach, and even the senior management team had learned to fall in line and do what they were told without fully understanding or ever questioning their direction…or lack of one. Many of the leaders had been in place for most of their career, and they were used to working on an operational level versus the strategic level of the business. Because the business continued to grow, they simply continued to do what they had always done. Since things seemed to be working well and money was still coming in, nobody saw the need for change.

Seeing the writing on the wall—and in the book.

Despite assurance that all was well, the new president was not deterred from investigating further. Leveraging expertise in finance, he had his own analysis performed and found that without intervention, the business unit would not only fall short of its aggressive growth goals in the near term; it would be bankrupt within 10 years. Even though sales were up, the data showed that return on invested capital (ROIC) was trending extremely low.

To put more firepower behind his own data, the president asked Navalent to complete a thorough diagnostic on the state of the organization by interviewing leaders and employees at all levels across the company. Then he brought his leaders together at an off-site retreat to hear the results, asking them all to first read Jim Collins’ book, How the Mighty Fall. With the history lessons from that text fresh in their minds, the new leader asked his team to carefully consider the facts: With so many different initiatives competing for resources, no differentiation in how the organization treated vastly diverse and evolving customer segments, and no one in the room able to clearly articulate the organization’s direction, the company’s future was clearly in jeopardy.

The president asked his team, “What do we do? You tell me.” Within two days, most of the team, initially averse to change, was on board with moving in a new direction. (Eventually, those that couldn’t adapt to the new direction needed to leave the organization.) They agreed to a strategic redesign of the organization with careful consideration of how best to pursue growth and meet customer needs within each market segment. Under the direction of Navalent consultants, the senior leaders committed to rolling up their collective sleeves. “We had been a successful business, but we made it more difficult than it needed to be to get there,” said one participant. “Navalent helped us streamline decision making and really focus on what drives business performance.”

Engaging the organization in the redesign.

For a team that for so long had been used to taking direction—many had never before even been in the same room with their president—the opportunity to now define the organization’s direction together was a significant paradigm shift. The team first worked though several different options to pinpoint the best way to structure the business. They aligned around structuring the business against market segments with separate P&Ls to track investment and growth in each key market.

From there, the team engaged leaders at the next level of the organization, inviting mid-level managers to help define specific processes to support the new organization design. This team explored each customer segment’s unique needs, supply chain considerations, governance and decision rights, and the need for additional capabilities, including a new marketing department.

“I believe we did some of the best work we have ever done at our company because of our partnership with Navalent. They challenged our thinking, added extreme value to our internal dialogue and process, and caused us to think in a broader way about how we are organized. Personally, I learned what it really means to challenge status quo.”

From design to implementation.

Upon completing the design work, Navalent helped the organization bring together its top 120 leaders to participate in a three-day simulation to test-drive the organization’s new design. The experience helped leaders understand the nuances of making the new design stand up. They learned how jobs would change, what new approaches they would need to take with both customers and employees, and how to best manage change and handle conflict.

In addition, Navalent helped design an 18-month leadership program to build the talent needed to lead the organization’s future growth. The company looked within its ranks to identify candidates for the top 10 positions, including new leaders to head up the four newly defined P&L divisions.

The design, implementation, and leadership development not only better positioned the organization for success, it also helped address the cultural issues by creating a sense of ownership and inclusion. “Navalent was very focused on building trust and getting our executive team comfortable with the process. They did a good job handling the team dynamics and the negative feelings within the team,” explained one leader.

The bottom line says it all.

In the words of the new president, “This process resulted in unbelievable financial performance. We doubled our bottom line in four years. Fundamentally, what put us in this strong position was the work done with Navalent. This will always be a milestone for me as a leader.”

The design work also helped establish a culture of collaboration and continuous improvement within the organization. With the Navalent team’s ongoing assistance, the leadership team delved deeper into the organization to carefully design other areas of the business.

Ultimately, the business unit became the strongest in the parent company’s portfolio. By sharpening its focus on its markets, the company continues to outpace the food industry. The ROIC curve is now headed in the right direction. And the company has a strong bench of talent ready to lead the future.

Changing everything about an organization—the structure, strategy, culture, and leadership—takes strong instincts and guts. But by engaging leaders at all levels, doing the work to make difficult tradeoffs, and designing the future together, an organization can define its destiny and build a roadmap to success that everyone can own. 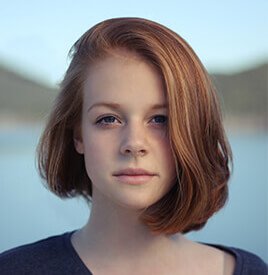 Trusted partners on your journey of transformational change for your business and its leaders.